Interviewed by My Several Worlds

Hot on the heels of their reviews of my first and second books, My Several Worlds website has published an interview I did recently with Carrie Kellenberger via email. In it, I talk about how I got started as a writer and how I put together my three books.
Posted by Steven Crook... at 6:19 PM No comments:

Keeping up with the War God reviewed by My Several Worlds

My first book, Keeping up with the War God, has just been reviewed on My Several Worlds. The review is here. The reviewer, Carrie Kellenberger, calls the book, "...a terrific read for anyone interested in scratching beneath the surface of the standard fare that is on offer in most Taiwan guidebooks."

Anping: Where the past is present (Unity)

Anping, the historic town on Taiwan's southwest coast, can claim to be the cradle of Han Chinese society on Taiwan. In the 17th century, when migrants from the Chinese mainland were starting to arrive on Taiwan's shores, it was a busy harbor and the most important pioneer settlement on the island. 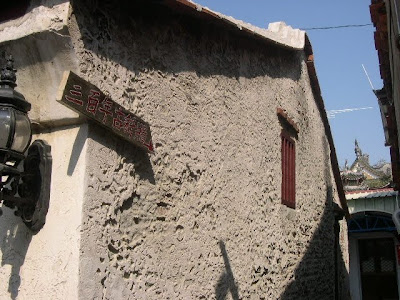 As anyone who has picked up a Taiwan history book knows, Anping was also a point of contact with the wider world as long ago as 1624, when the VOC (the Dutch East India Company) chose this spot to establish a mercantile colony.

The town has long since merged with Tainan, but its old character is still very evident. The most famous attraction is Fort Zeelandia, a bastion built by the Dutch in 1634 and named for the ship on which the first VOC governor arrived.

What visitors see, however, is very different to what existed during the Dutch era. Typhoons, earthquakes and the pilfering of building materials meant that by the beginning of the 20th century little was left of the Dutch structure. The superb on-site museum is a must-see for those intrigued in the fort's history and technical aspects of its construction, which entailed the shipping of bricks from the Dutch colony at Batavia (now Jakarta in Indonesia) and the mixing of cement using sugarcane syrup, clay and crushed oyster shells.

The largest surviving section of the original fortress is a massive brick-and-coral wall. It is 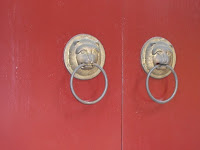 battered yet looks ready to survive another few centuries. The watchtower is a crude late-20th century addition, but do climb the steps inside for worthwhile views over the nearby historic streets and the coast.

If you look to your right when leaving Fort Zeelandia, you may notice an elegant 1930s two-story house with octagonal windows and other Art Deco features. The salt merchant who commissioned this abode, Wang Ji-shi (1884-1948), perhaps wanted a house that would distract attention from his given name, which translates as ‘chicken feces.’

The fact his parents named him thus suggests he was a sickly baby; in the Taiwan of yore, grandiose names were believed to arouse the jealousy of disease-spreading spirits. In addition to being venerated by his descendants, Wang receives offerings at a temple less than 50m from his old home. In the Xilong Hall, he is represented by a doll-sized statue that holds a long Chinese-style pipe. The temple attendant adds a fresh cigarette to the pipe each morning, and locals claim Wang – now revered as the neighborhood's protective 'land god' – can smoke a cigarette in ten minutes.

The Dutch were expelled in 1662, but the man who evicted them, Ming Dynasty loyalist Koxinga, kept up trade links with Japan. From the 1860s onward, traders from Britain, Germany and other Western countries set up offices in Anping. The most interesting of Anping's 19th-century edifices is the Tait & Co building. The British businessmen who lived and worked in this whitewashed two-floor building dealt mainly in tea, but also provided banking and insurance services to fellow merchants.

Some of the bricks used to build the ruined warehouse behind the Tait office were purloined from Fort Zeelandia. That warehouse is now known as the Anping Tree House on account of the huge banyans that have grown through the roof. The way in which roots have climbed walls and grown across openings is almost surreal; make a point of exploring every corner of the building.

The forefathers of Anping's inhabitants crossed the sea from the Chinese mainland and the ocean continues to loom large in daily life. Throughout the old part of the town you'll see groups of middle-aged women shucking oysters, men preparing to go out on fishing boats, and seafood being cooked and eaten.

Anping is an excellent place to sample traditional delicacies such as oyster omelets (known as e-zi-jian in Mandarin, but the Taiwanese pronunciation of oe-a-jian is more common) and deep-fried shrimp rolls (xia juan). The latter, crispy concoctions of shrimp, green onion, celery and pork, go especially well with wasabi.

The best way to work off calories is to wander randomly through the alleyways east and north of Fort Zeelandia. You'll stumble across discarded granite slabs which likely came from the Chinese mainland hundreds of years ago as ballast aboard cargo junks. Above the doorways of some of the oldest houses are sword-lion motifs believed to keep evil at bay. Sometimes blue-faced and green-whiskered, each lion grips a blade between its teeth while staring down the observer.

In the past two years, several of Anping's traditional single-story houses have been renovated by the city government. What were once atmospheric ruins now impress in the manner intended by those who built them. It's a change that underscores the town's appeal. As a tourist destination, Anping is timeless – yet dynamic.

Unity is the inflight magazine of UNI Air, a subsidiary of EVA Airlines. UNI flies mostly to Taiwan's outlying islands, the east coast and the Chinese mainland. The article isn't on the Internet, so I've posted the entire text.
Posted by Steven Crook... at 7:49 PM No comments:

Dos and Don'ts in Taiwan reviewed by My Several Worlds

My second book has received a favorable review at My Several Worlds, a Taiwan-based English-language website. According to the reviewer, Dos and Don'ts in Taiwan "shines a spotlight on Taiwanese culture and customs, and includes some very helpful behavioral tips that every visitor to Taiwan should be aware of." 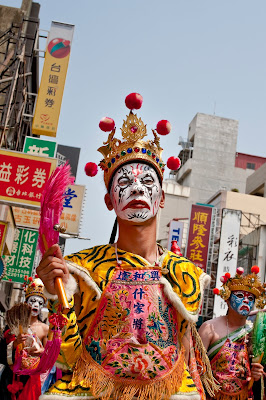 In terms of natural and man-made landscapes, Taiwan is fantastically diverse. No wonder, then, that professional photographers from overseas say the country is a truly exceptional place for shutterbugs.

In addition to streets packed with people and vendors, there are quaint courtyard houses a stone’s throw from ultramodern skyscrapers, strange and wonderful foods, plus steep mountains wrapped in forests and wreathed in clouds.

Not much of this is obvious to first-time visitors leaving Taiwan’s main international airport and heading for downtown Taipei, however. Rich Matheson, a Canadian who specializes in cultural photography, admits to being visually underwhelmed when he first arrived in 1991. He says his initial impressions were of drab buildings, heavy traffic and small factories.

“But the longer you’re here, and the more you understand the culture, the better your pictures get,” he asserts...

Go here to see the rest of the article. The photo here was taken by Rich Matheson.