Without a care in Kaohsiung (Asian Geographic Passport) 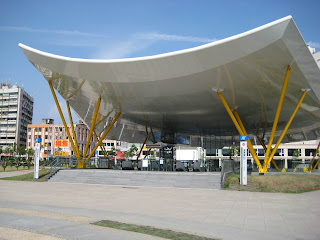 Taiwan's second city is post-industrial in the truest sense of the term. Dominated until the 1990s by shipbuilding and other unglamorous trades, Kaohsiung's quality of life has made such breathtaking progress in recent years that it's become a popular destination for those seeking blue skies and genuine maritime flavour...

Asian Geographic Passport is a travel-oriented bimonthly published by the team behind the rather fine Asian Geographic magazine.The Central Park rapid-transit station, shown here, was designed by the Tokyo office of Lord Richard Rogers' architectural firm.